Join us in a dialogue with the co-editors of All We Can Save, a best-selling anthology of writings by 60 women at the forefront of the climate movement. Learn how truth, courage, and solutions are laying the path towards a just and sustainable future and how each of us can get engaged.

About the Book
There is a renaissance blooming in the climate movement: leadership that is more characteristically feminine and more faithfully feminist, rooted in compassion, connection, creativity, and collaboration. While it’s clear that women and girls are vital voices and agents of change for this planet, they are too often missing from the proverbial “table.” More than a problem of bias, it’s a dynamic that sets us up for failure. To change everything, we need everyone.

Intermixing essays with poetry and art, this book is both a balm and a guide for knowing and holding what has been done to the world, while bolstering our resolve never to give up on each other or our collective future. We must summon truth, courage, and solutions, to turn away from the brink and toward life-giving possibility. Curated by two climate leaders, this book is a collection and celebration of visionaries who are leading us on a path toward all we can save. 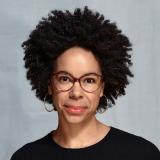 Co-founder The All We Can Save Project

Dr. Ayana Elizabeth Johnson is a marine biologist, policy expert, writer, and Brooklyn native. She is co-founder of Urban Ocean Lab, a think tank for coastal cities, and is co-creator and co-host of the Spotify/Gimlet podcast How to Save a Planet. With Dr. Katharine Wilkinson, she co-edited the anthology All We Can Save, and co-founded The All We Can Save Project.

Recently, Dr. Johnson co-authored the Blue New Deal, a roadmap for including the ocean in climate policy. Previously, as executive director of the Waitt Institute, she co-founded the Blue Halo Initiative and led the Caribbean’s first successful island-wide ocean zoning effort. She also developed ocean policy at the EPA and NOAA, and was a leader of the March for Science.

Dr. Johnson earned a BA from Harvard University in environmental science and public policy, and a Ph.D. from Scripps Institution of Oceanography in marine biology, with a dissertation on the ecology, socio-economics, and policy of sustainably managing coral reefs. The fish trap she invented to reduce bycatch won the first Rare/National Geographic Solution Search.

She publishes widely, including in The New York Times, Washington Post, and Scientific American. She is on the 2021 Time 100 Next List and was named one of Elle’s 27 Women Leading on Climate. Outside magazine called her “the most influential marine biologist of our time.”

Dr. Johnson serves on the board of directors for GreenWave, Patagonia, World Surf League's PURE, on the advisory boards of Environmental Voter Project, Azul, and Scientific American, and as a fellow at The Explorers Club. She is the proud daughter of a teacher/farmer and an architect/potter. Her mission is to build community around solutions for our climate crisis. Find her @ayanaeliza. 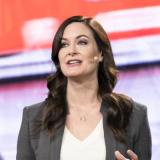 Co-founder The All We Can Save Project

Dr. Katharine Wilkinson is an author, strategist, and teacher, working to heal the planet we call home. Her books on climate include the bestselling anthology All We Can Save (2020, co-editor), The Drawdown Review (2020, editor-in-chief and lead writer), the New York Times bestseller Drawdown (2017, lead writer), and Between God & Green (2012), which The Boston Globe dubbed “a vitally important, even subversive, story.” Dr. Wilkinson co-founded and leads The All We Can Save Project with Dr. Ayana Elizabeth Johnson, in support of women leading on climate. She also co-hosts the podcast A Matter of Degrees, telling stories for the climate curious with Dr. Leah Stokes.

Previously, Dr. Wilkinson was the principal writer and editor-in-chief at Project Drawdown, where she led the organization’s work to share climate solutions with audiences around the world. She speaks widely, including at National Geographic, Skoll World Forum, and the United Nations. Her TED Talk on climate and gender equality has nearly 2 million views. She serves on the boards of the Doc Society, Chattahoochee Now, and Wild Ark and advises for numerous climate-related initiatives.

A homegrown Atlantan, Dr. Wilkinson holds a doctorate in geography and environment from Oxford, where she was a Rhodes Scholar, and a BA in religion from Sewanee, where she is now a visiting professor. Formative months spent in the Southern Appalachians, as a student at The Outdoor Academy, shaped her path. Time magazine featured Dr. Wilkinson as one of 15 “women who will save the world” and Apolitical named her one of the “100 most influential people in gender policy.” She is happiest on a mountain or a horse. Find her @DrKWilkinson. 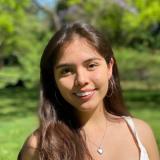 Xiye Bastida is a Mexican-Chilean climate activist and member of the indigenous Mexican Otomi–Toltec nation. She is one of the major organizers of Fridays for Future New York City and has been a leading voice for indigenous and immigrant visibility in climate activism. She is on the administration committee of the People’s Climate Movement and a member of Sunrise Movement and Extinction Rebellion. She is co-founder of Re-Earth Initiative, an international not-for-profit organization that is inclusive and intersectional “just as the climate movement should be.”

Xiye is a sophomore at the University of Pennsylvania and a contributor to All We Can Save.