Five deans will discuss how the academic work of each of their schools contributes to climate change solutions, and how Penn’s schools can collaborate on developing transformative research and knowledge exchange. 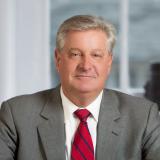 Prior to his appointment as Penn Arts & Sciences Dean, Fluharty served as Penn’s Senior Vice Provost for Research. In this capacity he shaped policy and advanced administrative initiatives for the University’s billion-dollar research enterprise, including leading strategic planning for research and administering the development of new research facilities. He also helped to oversee campus-wide research planning efforts, linkages between the University and industry, and the transfer of technologies from University laboratories to the public sector.

Fluharty served as director of the School’s undergraduate Biological Basis of Behavior program from 1994 to 2005. He has a strong personal record of funded research and also served for ten years as the director of a University-wide program project grant and institutional training grant in behavioral neuroscience from the National Institutes of Health. In addition, he was associate director of the Institute of Neurological Sciences from 1995 to 2003. He is the recipient of numerous honors and awards for his investigative discoveries, including the Louis Flexner Prize in Neuroscience, the Beecham Award for Research Excellence, and designation as an Astra Merck Scholar by the American Heart Association. He has received multiple teaching awards at Penn. 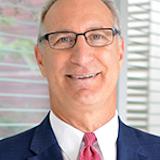 An acclaimed researcher, clinician, teacher, and mentor, Dr. Andrew Hoffman served since 2012 as Director of the Regenerative Medicine Laboratory and Professor of Large Animal Internal Medicine at Cummings School of Veterinary Medicine at Tufts University before coming to Penn Vet. 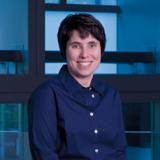 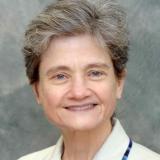 As the United States’ former chief nurse, Julie Sochalski has one patient: the U.S. health care system. Her intervention is evidence-based reform to heal that system. From 2010-2013, Dr. Sochalski directed the U.S. Department of Health & Human Services Division of Nursing and was its principal advisor for health workforce policy, overseeing a $250 million budget.

An investigator in health systems analysis and health policy, Dr. Sochalski studies gaps in the U.S. health care system and how policy solutions are devised and implemented to fill them. She also studies the impact – intended and unintended – of health policy decisions. She is particularly interested in how nurses and other health care professionals are best deployed to achieve optimal population health. 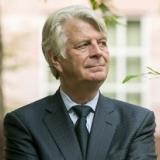 Frederick Steiner (MRP’77, MA’86, PhD’86) is Dean of the University of Pennsylvania Stuart Weitzman School of Design. Most recently, he served as Dean of the School of Architecture and Henry M. Rockwell Chair in Architecture at The University of Texas at Austin for 15 years. He previously taught at Penn and the following institutions: Arizona State University, Washington State University, the University of Colorado at Denver. He was a visiting professor of landscape architecture at Tsinghua University in Beijing, China. Dean Steiner was a Fulbright-Hays scholar at Wageningen University, The Netherlands and a Rome Prize Fellow in Historic Preservation at the American Academy in Rome. During 2013-2014, he was the William A. Bernoudy Architect in Residence at the American Academy in Rome. He is a Fellow of both the American Society of Landscape Architects and the Council of Educators in Landscape Architecture, and a Scholar at the Penn Institute for Urban Research. Dean Steiner helped establish the Sustainable SITES Initiative, the first program of its kind to offer a systematic, comprehensive rating system designed to define sustainable land development and management, and holds the SITES Professional (SITES AP) credential.

Dean Steiner was a presidential appointee to the national board of the American Institute of Architects and was on the Urban Committee of the National Park System Advisory Board. Previously he served as president of the Hill Country Conservancy (an Austin land trust) as well as in various capacities on the boards of Envision Central Texas and the Landscape Architecture Foundation. He worked on the Austin Comprehensive Plan (Imagine Austin) and on the campus plan for The University of Texas at Austin. 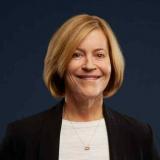 Professor School of Nursing and Perelman School of Medicine

When epidemiologist Jennifer A. Pinto-Martin was the project director on the Neonatal Brain Hemorrhage Study at Columbia University in the mid 1980s, she noticed that many of the pre-term babies were diagnosed with Autism Spectrum Disorder (ASD).

Curious as to why the ASD rate was so high, Dr. Pinto-Martin began studying risk factors for ASD. Her findings have led to better screening for pre-term babies and the establishment of a CDC-funded center of excellence for ASD at Penn Nursing, which she joined in 1990.

Dr. Pinto-Martin directs the Master of Public Health Program, a partnership between the schools of nursing, social work, and medicine. The multi-disciplinary program brings together faculty and students from many of Penn’s 12 schools. Through the program, nursing students can earn a dual degree in nursing and public health.

In her study of prematurity and ASD, Dr. Pinto-Martin found that babies weighing less than 4.5 pounds had a five-fold increased risk for ASD. Published in Pediatrics, the study was named by TIME magazine as one of the Top Ten Parenting Findings of 2011. This increased risk, confirmed by other researchers, has led to an effort to establish standardized screening of pre-term babies to identify red flags for autism.