Every day, regulations affect our lives—helping to keep roads safe, water clean, electricity running … and so much more. In this lecture, Sally Katzen reflects on how these regulatory benefits are too often “hidden in plain sight.” She offers insights about why this relative neglect occurs, discusses its consequences, and explains what all of us can do make regulation and regulatory benefits less hidden. 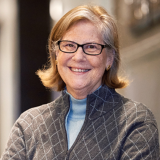 Professor of Practice and Distinguished Scholar in Residence NYU Law

Sally Katzen served in the Clinton Administration as administrator of the Office of Information and Regulatory Affairs in the Office of Management and Budget (OMB), as deputy assistant to the president for economic policy and deputy director of the National Economic Council in the White House, and then as the deputy director for management at OMB. She served as the head of the Agency Review Group for the Obama/Biden transition with responsibility for the Executive Office of the President and all government-wide agencies. She has taught both undergraduates and at various law schools, including the University of Pennsylvania. She is a member of the American Law Institute and the National Academy of Public Administration, has served on multiple panels for the National Academy of Sciences, testified frequently before Congress, and is on the board of several non-profit organizations. Prior to joining the Clinton administration, Katzen was a partner in the Washington, DC, law firm of Wilmer, Cutler & Pickering, specializing in regulatory and legislative matters, while serving in leadership roles in the American Bar Association, including as chair of the Section on Administrative Law and Regulatory Practice and as DC delegate to the ABA’s House of Delegates. She has served as president of the Federal Communications Bar Association and as president of the Women’s Legal Defense Fund. She graduated from Smith College and the University of Michigan Law School, where she was the first woman editor-in-chief of the Michigan Law Review. She clerked for Judge J. Skelly Wright of the United States Court of Appeals for the District of Columbia Circuit and served in the Carter Administration as the general counsel of the Council on Wage and Price Stability in the Executive Office of the President 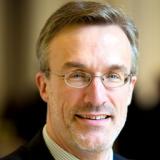 Cary Coglianese specializes in the study of administrative law and regulatory processes, with an emphasis on the empirical evaluation of alternative processes and strategies and the role of public participation, technology, and business-government relations in policy-making. His books include Achieving Regulatory Excellence (Brookings Institution Press, 2016); Does Regulation Kill Jobs? (University of Pennsylvania Press, 2014); Regulatory Breakdown: The Crisis of Confidence of US Regulation (University of Pennsylvania Press, 2012); Import Safety: Regulatory Governance in the Global Economy (University of Pennsylvania Press, 2009); Regulation and Regulator Processes (Ashgate, 2007); and Leveraging the Private Sector: Management-Based Strategies for Improving Environmental Performance (Routledge, 2006). He has also recently written on climate change policy, public participation and transparency in federal rulemaking, the use of artificial intelligence by government agencies, and voluntary environmental programs. Coglianese was a founding editor of the peer-reviewed journal Regulation & Governance, and he founded and continues to serve as advisor to The Regulatory Review