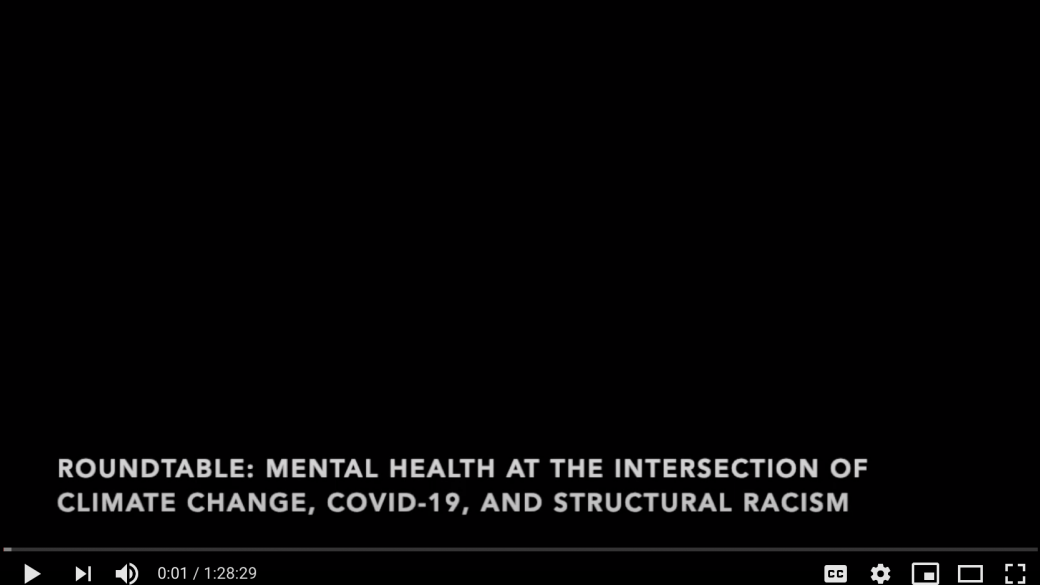 The first generation of health research on the impact of climate change focused on physical health effects. But it’s now increasingly clear that climate change profoundly affects mental health as well. What’s more, some communities and populations are more vulnerable to the mental-health impacts of climate change. Structural racism is a key magnifier of these effects, as it is with Covid-19, which we know is disproportionately affecting Black, Indigenous, and Latinx communities. To live in the present is to confront the entanglement of structural racism, environmental crisis, and public health emergency—and to reckon with their cumulative effects on individual and collective mental health.

Consisting of student-activists, faculty, and mental health professionals, this roundtable will address the mental health challenges posed, together, by climate change, the Coronavirus pandemic, and structural racism. Among the questions we’ll discuss: How have your approaches to environmentalism and mental health changed in the last six months? Are the established keywords in individual mental health—resilience, optimism, active coping skills, connection to place, culture, and community—adequate to the pressures of our moment? What is the relationship between mental health and activism? 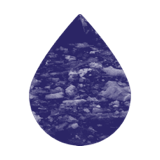 Nithya is a rising junior studying Environmental Policy & Management and Finance at The Wharton School. She is involved with a range of environmental activist organizations on campus and beyond, namely the Extinction Rebellion Philly and New York chapters. Nithya has also served on the Penn Wellness Board and is involved in efforts to draw Penn administrators into the conversation around climate action with a focus on its impact on student wellbeing.

Anne Berg studies the histories of waste and recycling, film and cities, racism and genocide. Trained as a historian of modern Germany and Europe, Anne increasingly ventures into more global terrain. Her research proceeds along a number of parallel tracks, connected by a sustained interest in the visual, the spatial and the material. She has published articles on the history of waste in Nazi Germany, the United States and South Africa. Currently, Anne is working on a book project that examines the disturbing connections between waste management and genocide in the Third Reich, entitled Empire of Rags and Bones: Waste and War in Nazi Germany. At Penn, Anne teaches courses on the history of National Socialism, world history, environmental history and the history of garbage.

Marcela is a Junior studying Anthropology and Political Science. She is interested in food sovereignty, better economics and a just climate transition. Her approach to mental health within the climate emergency is focused on depression, solitude and ways of caring. 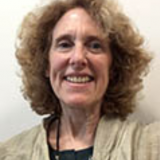 Dr. Beth Mark is staff psychiatrist at the Counseling and Psychological Services of the University of Pennsylvania. She is a board-certified diplomate in psychiatry and trained at Temple University and Thomas Jefferson University Hospital. She also holds a Masters in Environmental Studies from the University of Pennsylvania. Beth has a particular interest in ways we can develop psychological resilience when navigating “wicked problems” such as climate change. She is a steering committee member of the Climate Psychiatry Alliance. 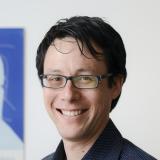 Walter H. and Leonore C. Annenberg Professor in the Humanities and Chair of English University of Pennsylvania

Paul is Walter H. and Leonore C. Annenberg Professor in the Humanities and Chair of English. He is the author of The Copywrights: Intellectual Property and the Literary Imagination and Tense Future: Modernism, Total War, Encyclopedic Form. Lately his teaching and scholarship have taken up questions of ecological mourning, narrative, and scale in the environmental humanities.